Noah is five and I just can't believe it!  This fall he will be in kindergarten and I'm rather bummed that I won't have him home with me during the day after he gets out of school at 12.  Noah is such a big help and the funniest guy around.  He is becoming so big!

This past weekend we celebrated Noah's birthday at the Louisiana Children's Museum.  I have to give credit when it's due and I can't rave more about the services we received at the Children's Museum.  The assistant was awesome and everything was super easy.  Two thumbs way up.  I'm sure I will do another party there between my boys.

Noah had a blast celebrating with his family and friends.  The batman cake was a huge success and it was really sweet to see Noah playing around with his cousins and friends from school.  It was such a nice day. 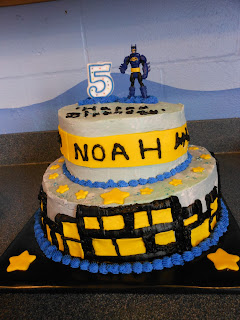 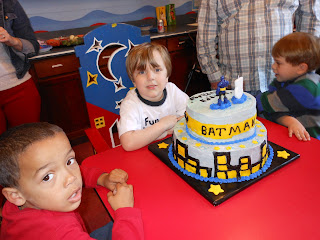 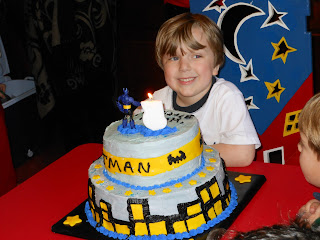 Five cool things about Noah since he turned the big 5!
-He is adores Batman and Jake and The Neverland Pirates.
-He could eat a grilled cheese or chicken strips daily.
-He is obsessed with washing his hands.  I think that goes along with having a brother as a preemie.
-His favorite song is Gangham Style.
-His favorite color is blue.

Posted by Micropreemie Mom at 8:42 PM