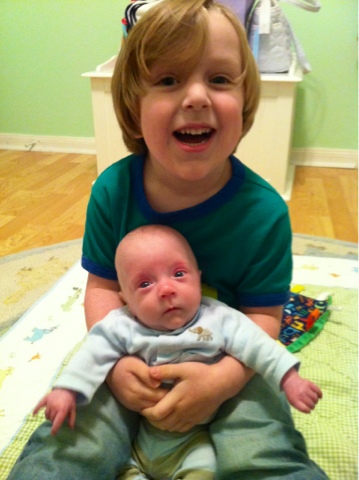 When Liam was born Noah really didn't know how to take it, it was very hard for him to understand. Our NICU didn't allow children to visit so Noah wasn't allowed to see Liam until he came home (except twice through the glass) so to him he still really didn't exist. The question he would always ask is "is he fixed yet?" and we were asked this almost every other day. When I was pregnant we told Noah the baby was coming at Christmas, so once Christmas came and went he kept on asking us why Santa didn't bring his baby brother home. I told him that Liam wasn't quite "fixed it" and that he would be home soon. 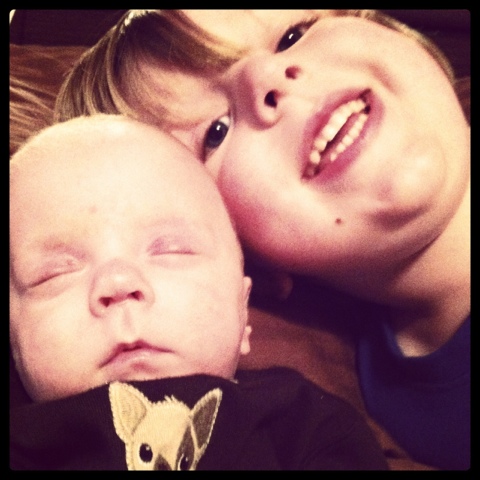 When we first brought Liam home Noah asked "why is he still so little? I thought he was big now" so we had to explain to him that even though Liam was born in October he was still a baby. He thought Liam was going to come home and be crawling and eating baby food like his cousin Graham who is almost a year old. Poor little guy! 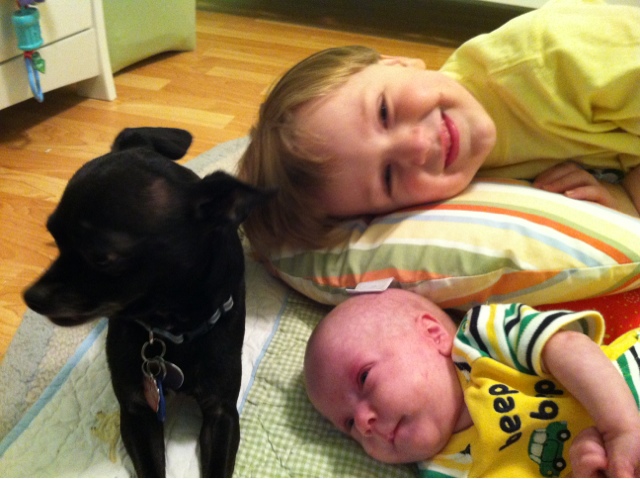 As the weeks have gone by, Noah has really started to love his little brother. He takes his big brother title very seriously and loves telling people about his preemie brother who he affectionately calls Baby Liam. Noah loves to talk about when Liam gets big that they are going to play together. He has already assigned Liam as his sidekick Robin for Halloween when he dresses up as Batman.

Posted by Micropreemie Mom at 10:07 PM