A trick and some treats 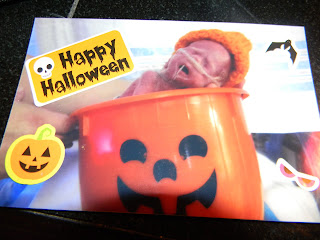 Today is Liam's first Halloween! Check out the picture that the NICU nurses printed out and decorated.

Clint and I went to the NICU early today before Noah's Halloween party at school.

I was asked if I wanted to hold him and I said of course!

While I was holding Liam his oxygen kept on dropping so they had to adjust the settings which made me a bit nervous but it's pretty common in preemies so I didn't think much of it. I held him for a few minutes and then his heart rate started dropping.

His heart rate is usually in the 160s and it dropped to the 50s. The monitors started flashing bright red and I about had a heart attack. He was having a bradycardia episode where his heart rate drops. He bounced back very quickly but it scared me so much. I guess Liam wanted to give me a scare on Halloween!

After we left the NICU, we headed to Noah's Halloween party at school. It was really cute. They had a pizza party and then they sang all of their Halloween songs. Noah had a great time and it was great to see him interact with his friends. 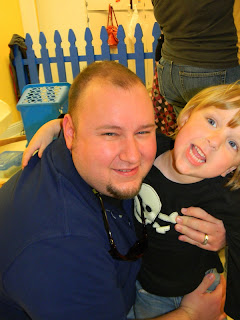 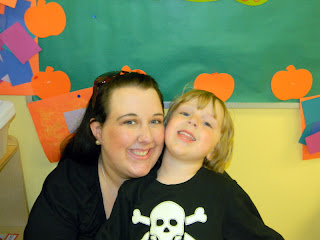 Noah was SO excited to go trick or treating. We went around our neighborhood then we went to trunk or treat at my nieces school. He had a great time but was exhausted by the end of the night, he had a very busy day! 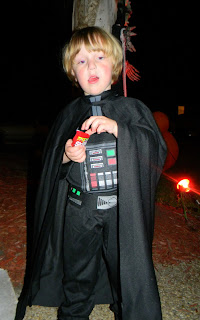 Posted by Micropreemie Mom at 10:47 PM