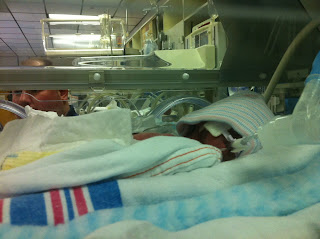 I was happy to see that Liam was without shades today! His billirubin levels are now back to normal, so he was able to have some time without the tanning lights. Hehe. I kept on telling him this is the only time he was allowed to tan under lights. ;)

His isolette was also not as warm (I called it a rainforest because at times it was so humid there was water all over isolette) so I was able to see him much better. Liams nurse that day was awesome, she let us HOLD HIM! Yes, hold him!


It wasn't a skin to skin hold but we were able to life him in his little blankets and give him a few kisses, it was amazing! 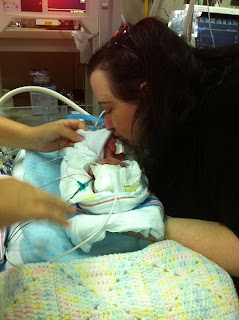 We were able to get some great pictures today and the kisses were just an added bonus. 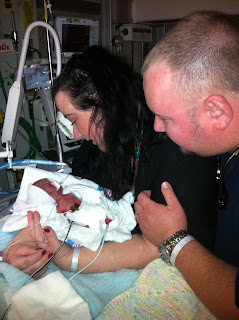 To get a perspective of just how little Liam is, here he is compared to a pencil. For being so tiny he is so incredibly strong! 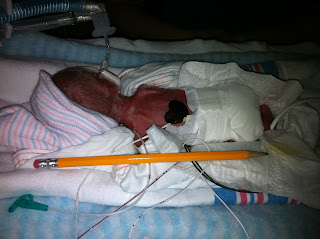 Right before we left I offered my finger to Liam and usually he is pretty jerky (very common for preemies) and just moves his fingers away but not today, he actually held my finger. It was so incredibly sweet. 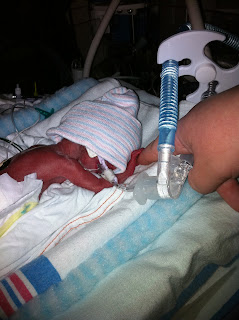 Posted by Micropreemie Mom at 11:00 PM