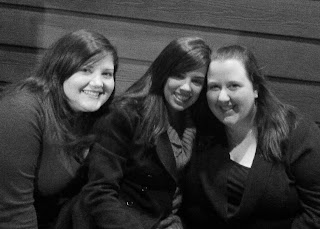 A few months back around Halloween Southwest was having an amazing deal on flights, I mean amazing. I saw a flight for $29 to Dallas and mentioned it to my good friend Ann. We both jumped on the flight to have the chance to go visit our old gal pal Tiffany in Dallas. Tiffany has been in Dallas since the fall of 2008 and she doesn't come home to visit nearly as often as she should. Actually I saw her ONCE in 2010, she wasn't able to make it home till Christmas last month so I went a whole YEAR not seeing Tiffany which has been the longest span of time we have been apart since say...1987 (we go WAY back).

With everything going on with the ectopic pregnancy and then my whole family getting the stomach bug I was in pretty sad spirits the week leading up the the trip. I got a bit anxious of flying since I haven't flown since December of 2007. However, once I got past Wednesday I was getting excited for the chance to have a weekend away.

Other than leaving Noah once this past October, I haven't spent more than 1 night without him! Oh and Clint? I haven't spent a night away from him since we got married in January 2007. Whoa!

Ann and I got to the airport bright and early for our 8AM flight. Yes, 8AM! Back in October this seemed like a good time to fly out but we were for sure kicking ourselves when I picked her up around 6AM. Once we got to the airport we headed to the magazine store and got some good magazines and decided on Smoothie King over PJs for our morning treat (shocking, right?).

The flight was empty so we actually had a seat between us and we enjoyed the 1 hour flight minus a few episodes of turbulence. I would glance at Ann because it was rather bumpy and she wouldn't look at me, she later told me she didn't look at me because she didn't want to make me nervous! Aww.

Once we landed in Dallas, Tiffany was there waiting to pick us On the way to breakfast I noticed that Dallas has everything and I mean EVERYTHING. Any chain restaurant or store you have ever heard of Dallas has it...and they probably have more than one. It was amazing!

After we finished up breakfast and dropping off our bags at Tiffs we decided to go out and do some shopping. I've been dying to go to this jewelry store called Sam Moon. I have to say, it lived up to my expectations. There was TONS of cheap jewelry there that we all just had to have. It's definitely not the best quality items, but for earrings it's more about quantity than quality right? I mean you just can't beat a pair of fake diamond studs for $3.50!

On Saturday night, we decided to go country style and hit up the worlds largest honky tonk! To our luck, we actually knew who was performing that night. We saw Tracey Lawrence and he was pretty good. However, we only knew 3 of his 18 #1 hits so we weren't MEGA fans like those around us. 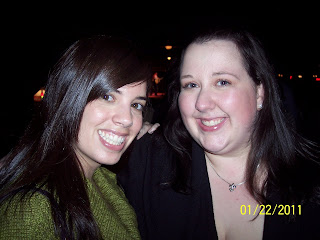 See Tracey Lawrence in the background? We had a great time at Billy Bobs and I've never seen so many cowboy hats in one room.

On Sunday we went to the Galleria. I was so excited to go to the galleria, levels upon levels of shopping! I was also able to meet some of my internet friends that I know "e-known" since I was pregnant with Noah. It was great to finally meet two of these girls (there are 22 of us in our group). We had a great time meeting each other and drinking Starbucks. We chatted for a while and then walked around the Galleria.

Ann, Tiffany and I literally left the galleria when it closed. Time got away from us and we were there all day! We had a good time though and bought some fun stuff. That night we went out for mexican and had some yummy ritas. That night we dyed our hair and caught up on Big Love.

Sadly, it was time to fly back to NOLA on Monday. It was the longest time I spent away from Clint and Noah but I think it was good for me to just relax and chill after the miscarriage. It was nice to just be with the girls! If you see any cheap flights point them in my direction, I'd love to visit Tiffany again in Dallas. 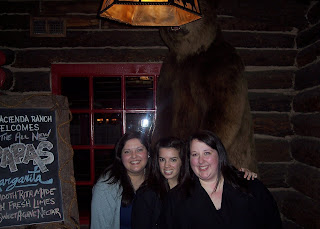 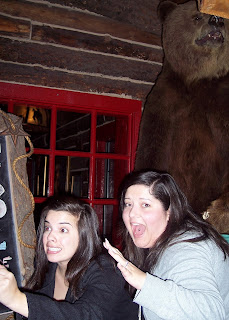 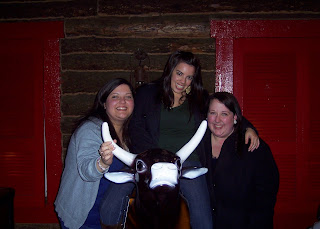 Posted by Micropreemie Mom at 3:20 PM