I saw this on another blog, where they posted pictures and memories from 2010. It will be hard to pick just 10, but here goes! 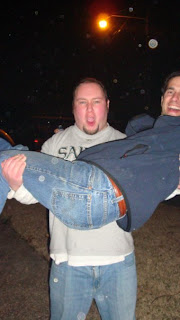 Needless to say the City of New Orleans started 2010 off with a BANG! I love how excited the city has been all year. This picture just shows the pure excitement in 2 grown men over their Saints winning the SUPERBOWL! 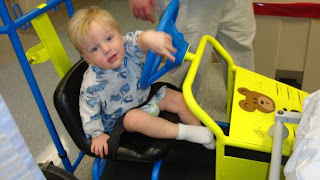 I know some people may celebrate over their child having surgery, but let me just tell you how much tubes have changed our lives. Before the surgery, I was taking Noah to the doctor almost weekly. Other than having to miss a LOT of work over this, it was getting rather expensive! I was very hesitant at first to get tubes, but they have turned out to be the best decision I have ever made. Noah :knock on wood: has been in the best health since and his speech has really picked up! 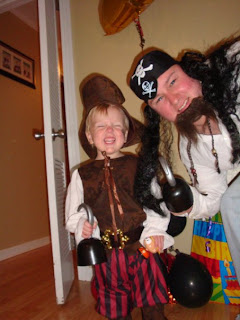 January started off pretty rough with spending days on end at Childrens with Noah and then Clints visit to the ER shortly after by hitting his head. We had to cancel his 1st party because he was ill, so needless to say just celebrating his 2nd Birthday was reason enough to be in the top 10! The party was insanely cute where Captain Hook came by to read stories and Noah really enjoyed all of his "loot"! 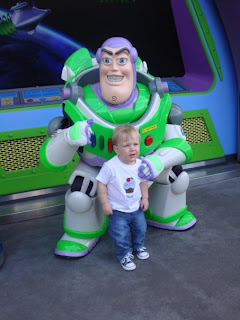 During Mardi Gras, we escaped the Big Easy and headed to Disney World. This was the best trip yet! Noah LOVED meeting all of his favorite characters. He enjoyed that more than the rides! We had a blast with our family and Noah really enjoyed being with everyone. 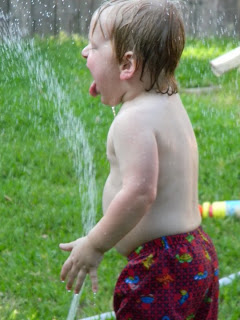 This was our first summer in our house and Noahs first summer having a backyard! Before we moved into our house we rented a double and it just had a courtyard and no grass. This year, Noah loved playing with all of his water toys! His favorite was just running around getting water splashed in his face! After looking through my pictures again, it's so cute the pure innocence of just being that little. 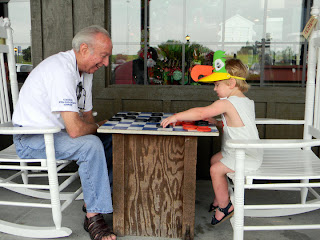 Noah loved wearing hats this past year. I mean loved him. Take for example the chicken head hat. Noah would wear this everywhere! Target, the beach or like in the picture Cracker Barrel. This is one of my favorite pictures of Noah and my dad, it's just classic. 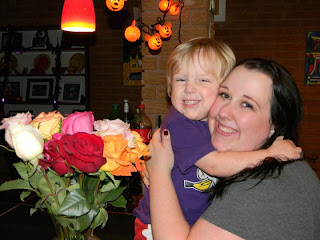 Again, this is another one of my favorite pictures of 2010. Clint and Noah will randomly get me little presents here and there like flowers or cupcakes. This particular picture, Clint took Noah to buy me flowers. Clint let Noah pay and when Noah got home he was so excited to give me the flowers. It makes my heart melt! 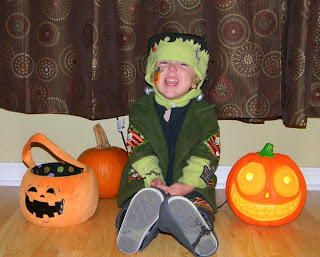 Halloween is by Noahs favorite holiday. He still recites the Yo Gabba Gabba Halloween episode almost daily. He loved everything about it from the decorations, dressing up and of course, the candy! Noah couldn't chose just one costume this year, he had 3! Frankenstein, Spiderman and a pirate were big hits in our house this year. 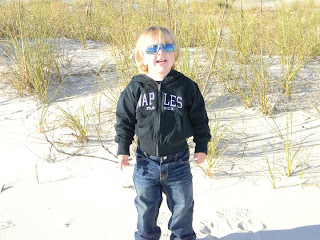 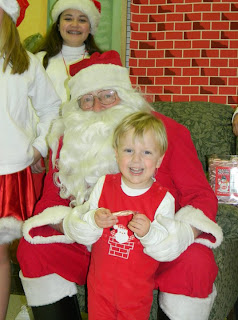 Noah demanded to see Santa just about every weekend before Christmas. He rehearsed a gazillion times what he was asking for. He would proudly say "A garbage truck and a bike" whenever asked by anyone, especially Santa, what he wanted for Christmas. He believes in everything related to Christmas and let me tell you, I'm so sad that Elf on the Shelf is gone!

Posted by Micropreemie Mom at 10:26 PM