I know this blog is LONG overdue, but I've been pretty swamped at work so here goes.

The party was originally scheduled early February. However, Noah got sick (again!) so we had to reschedule it. No biggie right? Eh, I wish it was that easy! Since we were headed out of town to Disney it was hard to reschedule it to fit everyone's schedules (oh yeah and throw Mardi Gras in there as well!). The date was finally set but then my sister had sick kiddos with the swine flu so they couldn't make it.

The party though was so much fun! We had a pirate theme, ARRR and almost everyone came dressed up for the occasion. Captain Hook even came to do a puppet show. It was really a great party! Next year will be tough to beat that's for sure.

The Birthday boys favorite present was his roller coaster, he just absolutely loved it! 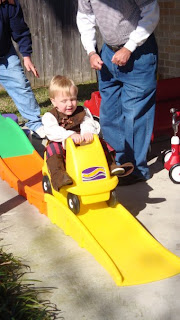 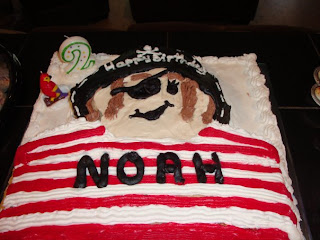 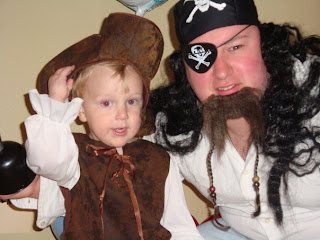 Posted by Micropreemie Mom at 10:54 AM