I go to Starbucks just about every morning to get my mom a coffee before dropping off Noah, and of course to get myself a treat as well. I'm so afraid I'm going to spill hot coffee on Noah (or really anything hot for that matter) so I say "Hot, Hot!!" a lot. Well this morning he kept on saying "hooooooot...hooooooot" in a tone no louder than a whisper. It was too cute!

Posted by Micropreemie Mom at 9:03 AM 0 comments

I'll take the chicken...but not that chicken

I know you have seen those little microwaveable meals for kids, Gerber makes oodles of them. I've bought a few b/c their "mac and cheese" is much better than just plain mac and cheese because they throw in veggies and some chicken. Noah has no problem eating those sort of meals, BUT he spits out the chicken. It's hilarious b/c if we make chicken (like roasted or grilled) he eats the heck out of it. I picture him saying "Oh, I'm too good for that fake chicken". Too funny.

Posted by Micropreemie Mom at 10:39 AM 0 comments

I'm happy to announce that Noah is now walking! Yep, you read right...walking! He has been doing a few steps here and there, but now he can walk across a room without falling! Hooray! He is still very wobbly, but still walking nonetheless! He walks from the den to his bedroom. It's crazy and so cute at the same time. Hopefully running will be far behind!
I'm just so excited he will be walking at Easter, too cute!
Enjoy the video...I know it's long but I wasn't able to edit it for some reason, so get some popcorn and enjoy!

Last night was Jennifer White's much anticipated wedding. I think everyone who went could say it was a blast from start to end. My sister, Robin, sang at the ceremony and ofcourse it was beautiful. It was great to see a lot of old friends. We got down all night and my feet are sore from it! Jennifer looked so pretty. Ann and I waited all night to hear "Footloose" and it finally came on. 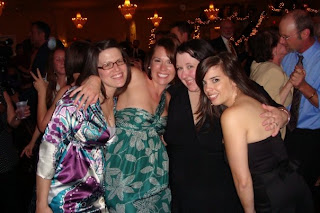 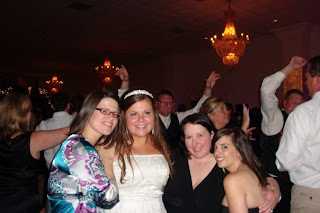 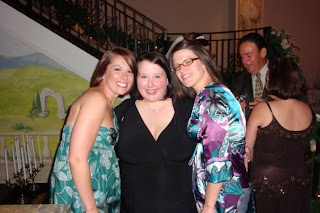 I swear, I feel like Noah is forever teething. I knew he had one coming in (bottom right) but the fussiness we were dealing with was the ear infection, or so I thought. Over the weekend I noticed another tooth. It's on the top, like one of the fangs! Ha! So funny! It's super sharp. It will be funny to see the 4 he has on top, and the 4 on bottom...along with the fang. Too funny!

Posted by Micropreemie Mom at 8:54 AM 0 comments

Noah had a low fever on Friday along with a terrible icky runny nose. Since his fever wasn't too high, I didn't think much of it. Well on Saturday he barely ate, which is not like him at all! I pulled out all the stops to see if he would eat. We were at Chilis (which by the way was terrible, I now remember why I haven't been in over 2 years)and I ordered him some potato soup. He loves potato soup, but he wouldn't even take a bite. He also wouldn't eat my chicken tenders, so unlike him. His fever on Sunday was 102ish and he still wouldn't eat and was just cranky.
So Monday morning I took him and and found out he has another ear infectin. Oy! His ear was so icky and crusty because the ear wax melted from the temperature rise. Noah is now on an antibiotic and is eating a bit better. Here is hope to the last ear infection of the season. The doctor said hopefully we won't have another one till fall! 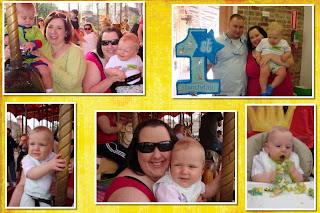 We celebrated Noah's birthday this past Saturday at the Audubon Zoo. A few months back at the event we had at Cabrini for the scholarship for Vanessa, I won a birthday package for a carousel party. I can't go on enough of how great the party was.

It was supposed to rain Saturday BUT it didn't, we definitely lucked out! The room was so incredibly cute. The decorations on the wall, to the "thrown" chair for the birthday boy, to the soap holder, everything was in theme. It was such a great room.

The kids were able to ride the carousel (and I think just about all adults took a ride on it at least once too!). At first Noah was a bit unsure of the carousel and didn't like it, neither did Deuce. However, the next few times I really think he got the hang of it!

We had cake, of course, and Noah became a complete mess! I really wasn't planning on him destroying the cake as he did, but oh well. All in good fun right? It's a fact that Noah loves cake and love may actual be an understatement. He can definitely put down some cake. He tore it up! Thankfully I had an extra change of clothes AND the icing came out of the white bib and his birthday outfit...phew!

I'm so lucky to have such generous family and friends. Noah received some awesome gifts! You all rock!

Yahoo! My good friend Ashlee just got engaged and asked me to stand in her wedding. I'm so excited and incredibly honored to play such a big part in her special day! We have been friends since high school and have always stayed in touch even when she was away at college in Pennsylvania. No date is set yet, but they are thinking Spring 2011. I have only been in my sisters weddings and I was 13 and 17, so this is going to be totally different. I can't wait!

Noah can now eat just about anything except peanut butter! There are so many things that he has to try now (with of course the 3 day period)! I think this weekend I'll do eggs, then strawberries! He can even have fish! So much to try. Very exciting indeed.

This weekend we may try to stop the bottles. We need to be off of them between 1 & 2, so may as well try! He does great with a sippy cup, so I think he will do fine.

The doctor stressed for us to work on Noah saying more words. By 15 months she wants him to be saying 10 words...right now he only does 2! Eek! We need to step it up a notch!

It's so sad to know that only 2 more appointments then we only go once a year, where did the time go? Where is my little baby?