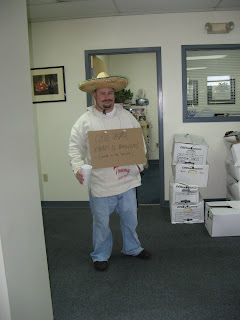 Early last week Noah began to have a real stuffy nose. He then started to run a low fever, so I decided to take him to the doctor. For Halloween we planned on going to Missisippi, but that changed once Noah got sick. The doctor basically said it's a cold and to watch it and hopes that it 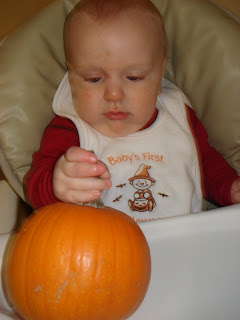 isn't the beginning of an ear infection. He still has a pretty bad stuffy nose and a cough.

So for Halloween we stayed home. Earlier that day Clint won a costume contest at work. Their was a cash prize. Since we had to stay in since Noah was sick we decided to get take out PF Changs. Thankfully we already had a lot of pictures of Noah in his costume from Boo at the Zoo and our pictures at Sears.

Posted by Micropreemie Mom at 7:34 PM